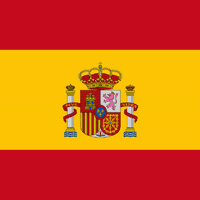 and previous Spanish La Liga predictions
★ The Best Bookmakers for Betting on LaLiga in 2022/2023 ⸺ Make the most of the welcome offers and sign-up bonuses available when you join the online betting community today!

La Liga is the top men's professional football league in the Spanish league system. It is administered by the Liga Nacional de Fútbol Profesional and is contested by 20 teams. The three last-placed teams are relegated to the Segunda División at the end of each season and are replaced by the top two teams and a play-off winner of that league.

Since its inception, a total of 62 teams have participated in La Liga. Nine teams have been crowned champions, with Barcelona winning the inaugural La Liga and Real Madrid taking the title a record 35 times, most recently in the 2021-22 season.

In the 1940s, Valencia, Atlético Madrid and Barcelona proved to be the strongest clubs, winning several titles. Real Madrid and Barcelona dominated the championship in the 1950s, winning four La Liga titles each in the decade. In the 1960s and 1970s, Real Madrid dominated La Liga with fourteen titles, while Atlético Madrid won four. In the 1980s and 1990s, Real Madrid led La Liga, but Basque clubs Athletic Bilbao and Real Sociedad also had their share of success, winning two league titles each. Since the 1990s, Barcelona have dominated the league, winning sixteen titles to date.

Our La Liga betting tips and predictions will be posted as soon as they are available, this may be several hours or days in advance, or sometimes immediately prior to kick off.

Whenever we place a wager, we always pick the bookmaker with the best odds. It's not worth accepting lower odds just because you don't have an account yet. Sign up, claim the bonus, and get the best price!

The average ROI for our members is 20% per month.

All football bets should be made using a proportional betting strategy, which keeps our bankroll safe.

The Football Value Tips team understands the importance of transparency and has partnered with Oddsportal, as a trusted third-party website to verify our La Liga betting tips.