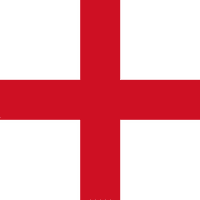 The English Premier League is one of the best football club competitions in the world. Every year, the Premier League matches are watched by billions of the world's inhabitants. Without a doubt, we can say that this is the most spectacular championship among the leagues of European countries.

The most important indicator of the success of the EPL is the fact that they earn the most from showing matches in the world. It is a known fact that even the last EPL team can compete in income with the winner of the Champions League.

The Premier League consists of 20 clubs. Over the course of a season (from August to May), each club plays the others twice (a double round-robin system), once at their own stadium and once at their opponents' stadium, for a total of 38 matches. For a win, a team receives three points, and a draw gets one point. No points are awarded for a defeat.

Teams are ranked by total points, then by goal difference and then by goals scored. In the event of a tie, teams will be deemed to be in the same position. In the event of a tie in the championship, relegation battle or qualification for other competitions, the direct meeting of the two teams will be taken into account (points from the matches between the teams, followed by the away goals scored in those matches) If two teams are still tied, a play-off match at a neutral venue will decide the ranking.

In terms of stardom, the Premier League teams are second to none. Such teams as: Manchester United, Manchester City, Chelsea, Liverpool, Arsenal, Tottenham, West Ham and many others are participating in this tournament. Fighting in EPL matches often keeps them in suspense until the final whistle, for which many people fell in love with the tournament.

The first four EPL teams immediately get a direct ticket to the group stage of the Champions League. Teams from 5th to 7th place qualify for the Europa League. The last three teams leave the league directly, and their places are taken by the best teams of the Championship (the second strongest tournament in England).

It is Manchester United that holds the record for the most titles won since the Premier League was created in 1992 with 13 titles. Manchester City comes in second with six and Chelsea comes in third with five.

Our English Premier League betting tips and predictions will be posted as soon as they are available, which may be several hours or days beforehand or even just before kickoff.

When placing a bet, we always look for the bookmaker with the best odds. You shouldn't accept lower odds just because you don't have an account. Create one and claim the signup bonus to get the best price!

The average ROI for our members is 20% per month.

For all football bets, we recommend proportional betting strategy to keep our bankroll safe.

The Football Value Tips team understands the importance of transparency and has partnered with Oddsportal, as a trusted third-party website to verify our free Premier League betting tips.