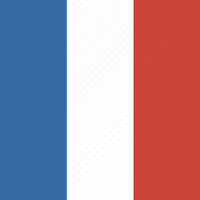 Ligue 1 is a professional football league, the top division of the French football league system. There are 20 clubs in this competition. After each season, the bottom two clubs are relegated directly to Ligue 2, their places are taken by the first and second places of Ligue 2, and the 18th place plays play-offs with the third place of Ligue 2.

Ligue 1 matches take place from August to May. Clubs play in a round robin format, playing two games with each team, which results in all clubs taking part in 38 matches in a single season. Most games are played on Saturdays and Sundays. On the last weekend before Christmas, Ligue 1 regularly suspends matches for two weeks. The French Ligue 1 ranks fifth in the UEFA coefficients table, above Ligue 1 are the championships of England, Spain, Italy and Germany (as of 2022).

Olympique Lyonnais has won the most league titles in a row with seven (between 2002 and 2008). Olympique de Marseille have spent a total of 71 seasons in the French Championship, which is a record, while Paris Saint-Germain have not been relegated to the Ligue 2 for 47 consecutive seasons (from 1974 to the present). The current Ligue 1 champions are Paris Saint-Germain, who won their 10th title in the 2021/22 season. According to this indicator, the Parisians caught up with AS Saint-Étienne, who for a long time held the record for the number of championships.

Which teams are in Ligue 1?

Football predictions and betting tips for the French Ligue 1 will be posted as soon as they are available, this may be several hours or days in advance, or sometimes immediately prior to kick off. To help our readers achieve the best results, we aim to provide the most accurate and reliable French Ligue 1 predictions when the games have been analysed and double-checked.

Every time we place a bet, we always choose the bookmaker with the best odds. It's not a good idea to accept lower odds just because you don't have an account yet. Get the best price when you sign up and claim the signup bonus!

The Football Value Tips team understands the importance of transparency and has partnered with Oddsportal, as a trusted third-party website to verify our free French Ligue 1 football betting tips.