✫ VIP Betting Tips
⸺ Join the no 1 betting community for just €99.00/month to get access to our Pre-match & Live Betting Tips! 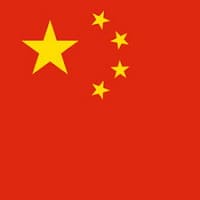 Whenever possible, we will post football betting tips for the Chinese Super League as soon as they become available, which may be several days in advance, or sometimes immediately prior to kick off.

The bookmaker with the best odds is always the one we select for every bet we place. Do not take lower odds just because you do not have an account yet. Get the best price by signing up and taking advantage of the signup bonus!

Chinese Super League is the highest tier of professional football in China, operated under the auspices of the Chinese Football Association (CFA).

After rebranding the former top division, Chinese Jia-A League, the league was established in 2004.

Initially contested by 12 teams, the league has since expanded to 18 teams in 2022.

In contrast to top European leagues like the Bundesliga, Premier League, La Liga, and Serie A, the Chinese Super League begins in February or March and ends in November or December.

Each club plays each other twice a season, once at home and once away.

By the end of the season, the two lowest-ranked teams are relegated to the China League One, while the top two teams in the League One are promoted.